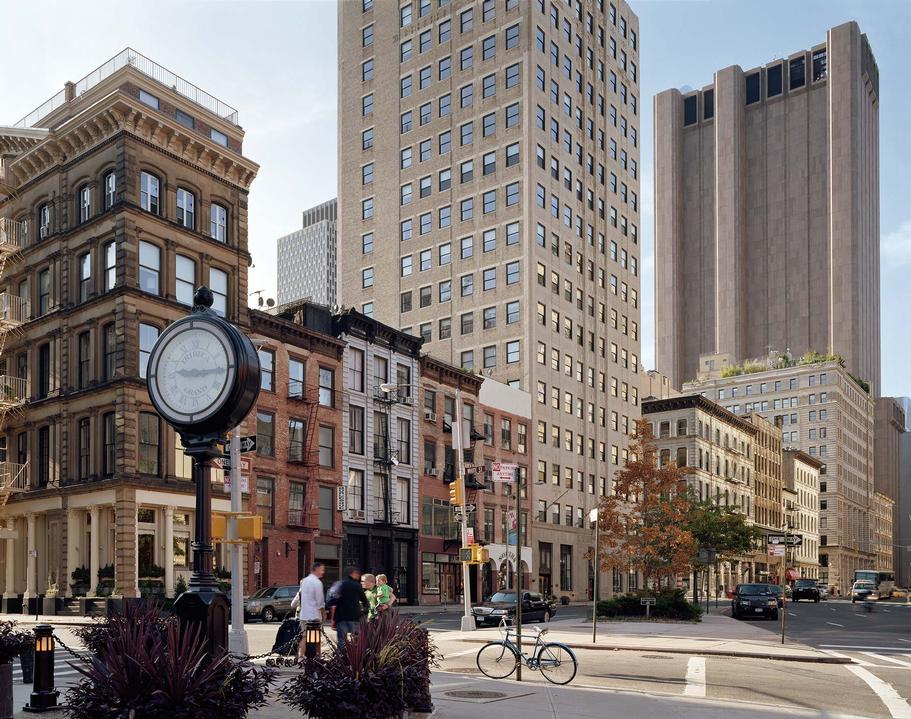 TriBeCa, is a neighborhood in Lower Manhattan, New York City. Its name is aportmanteau from "TriangleBelow Canal Street". The "triangle", which is actually more of a trapezoidal shape, is bounded by Canal Street, West Street,Broadway, and either Chambers or Vesey Streets.The neighborhood is home to the Tribeca Film Festival.

TriBeCa, is a neighborhood in Lower Manhattan, New York City. Tribeca is one of a number of neighborhoods in New York City whose name is either a portmanteau or an acronym, including SoHo, NoHo, Nolita, NoMad, Dumbo, and BoCoCa, the latter of which is actually a collection of neighborhoods. The Tribeca name came to be applied to the area south of Canal Street, between Broadway and West Street, extending south to Chambers Street.

Eat at Batard! Contemporary space with Asian notes, this Tribeca eatery from the Myriad Restaurant Group (Robert DeNiro and partners) is a lovely spot for either a celebration or a fine dining experience without the price. A 2016 Michelin Star awardee, Batard offers affordable coursed meals with all the fireworks of the elite.

Anne Frank Center for Mutual Respect - The inspiring programs, events and exhibits across the country, are tailored to youth and adults from every walk of life, train participants to recognize and stop prejudice even at its earliest stages. Through their work that honors Anne Frank’s diary and enduring legacy, the Anne Frank Center for Mutual Respect does more than respond to prejudice. They teach our nation to prevent it.

Dream House - On the third floor of an anonymous building in TriBeCa is one of New York City's greatest treasures. Dream House is a semi-permanent sound installation founded by minimalist sound artist/composer La Monte Young and visual artist Marian Zazeela. For a suggested donation of $5, you can experience Young's controlled sound environment that utilizes sine wave components to achieve unconventional intervals and harmonics.

Rockefeller Park - When you are in need of a break, visit Rockefeller Park which is located on the Hudson River in Tribeca. In this park you will find a very large grassy are for lounging, an area for biking, running and walking. A peaceful corner of this park contains a sculpture garden with sculptures by New York artists.