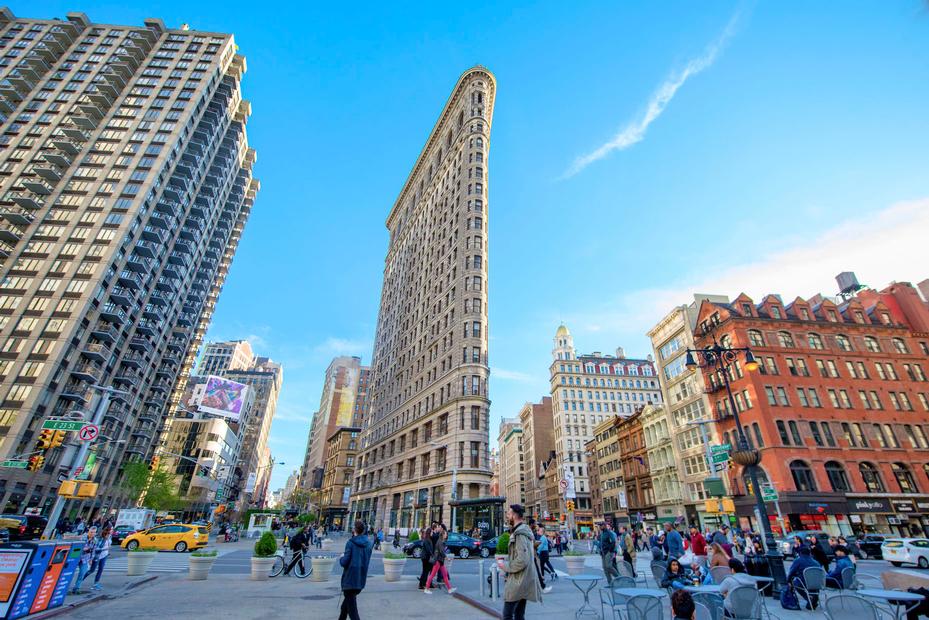 Midtown West is an undisputed cultural and commercial hub of New York City, located near the geographical center of Manhattan. You can pass through Times Square en route to Rockefeller Center and the Museum of Modern Art. The area is also home to legendary performance halls, including dozens of Broadway theaters, Radio City Music Hall, Madison Square Garden and Carnegie Hall, as well as newer concert venues like Terminal 5. The seemingly endless files of skyscrapers also house journalism, finance and advertising giants: The New York Times, for instance, has been headquartered in Midtown West since 1904. Midtown West sits at the nexus of the city’s transportation system. The Times Square stop for the 1, 2, 3, 7, N, Q, R, and S trains and the Rockefeller Center station on the B, D, F and M lines are all available at your convenience.

2) Bryant Park – The park hosts many city events, including Fashion Week, movies on Monday nights during the summer, and the Winter Village at Bryant Park, a free ice-skating rink from mid-October to mid-January. It is located between Fifth and Sixth Avenues and between 40th and 42nd Streets in Midtown Manhattan.