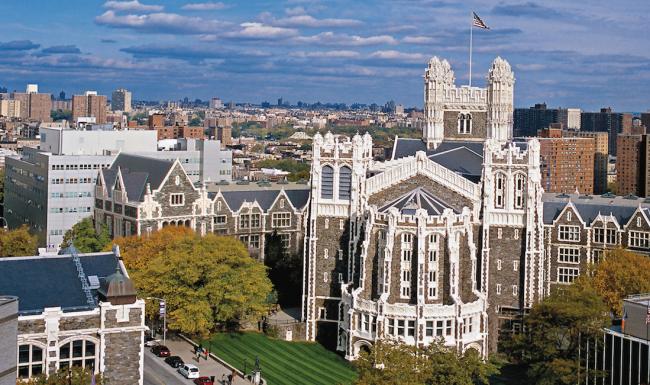 Harlem extends roughly from the Hudson River to the East River/Harlem River, and from 110th to 155th Streets. (Between 110th and 123rd Streets, the western border of Harlem is Morningside Avenue; the southern border of East Harlem, or El Barrio, is 96th Street.) It is a vibrant community made up of diverse cultures from all over the world. Harlem is the birthplace of jazz and blues. The Cotton Club and Savoy ballroom were once there and hosted such greats as Duke Ellington, Cab Calloway and Ella Fitzgerald. The Apollo still stands and is a testament to the thriving musical heritage of the Harlem Renaissance. It has long launched the careers of many Motown superstars such as The Jackson Five. The neighborhood brownstones and churches boast some of the most beautiful architecture. Harlem is the place to be if you want to be surrounded by both the history and modernization of New York City.

1) Check out the Hamilton Grange National Museum, which is National Park Service Historical Memorial Site located on 414 West 141st Street.  The museum site was the home of statesman and United States Founding Father Alexander Hamilton. Restored and reopened in 2011, the public can enjoy exhibits on some of Hamilton's achievements and challenges on the ground floor, a brief introductory film on his incredible rise from an orphan in the Caribbean to an indispensible molder of the early nation, and visit the furnished first floor by scheduled tour.

2) The Studio Museum of Harlem located on 144 West 125th Street is Museum that focuses on historical and contemporary works of African-American artists. Visit this museum to get a peek at art in the past and what it is becoming today.

3) For a sweet bite, visit the Levain bakery, which is a well-known bakery in New York City. Located on 21-67 Frederick Douglass Blvd, the bakery is home to some of New York’s best giant warm cookies! Beware of the lines that often end up outside the door!

4) For a variety of brews visit Bier International on 20-99 Frederick Douglass Blvd. Harlem World got its first beer garden when Bier International rolled into town. Joining a number of other restaurants on FDB in South Harlem, Bier International is a gathering place for Harlem's diverse crowds. With more than 19 beers on tap and over 25 different bottles, this is the spot to hang out in when you're in the mood for a great beer, good music, and excellent company.

5) A well received addition to the neighborhood, Corner Social is a destination for visitors and locals alike to enjoy the warm and inviting feel of Harlem. Stop by late night and experience a menu filled with a diverse selection of comfort food, a DJ spinning good tunes, or enjoy brunch at their outdoor seating section on the weekend. Take a look at 321 Lenox Ave.